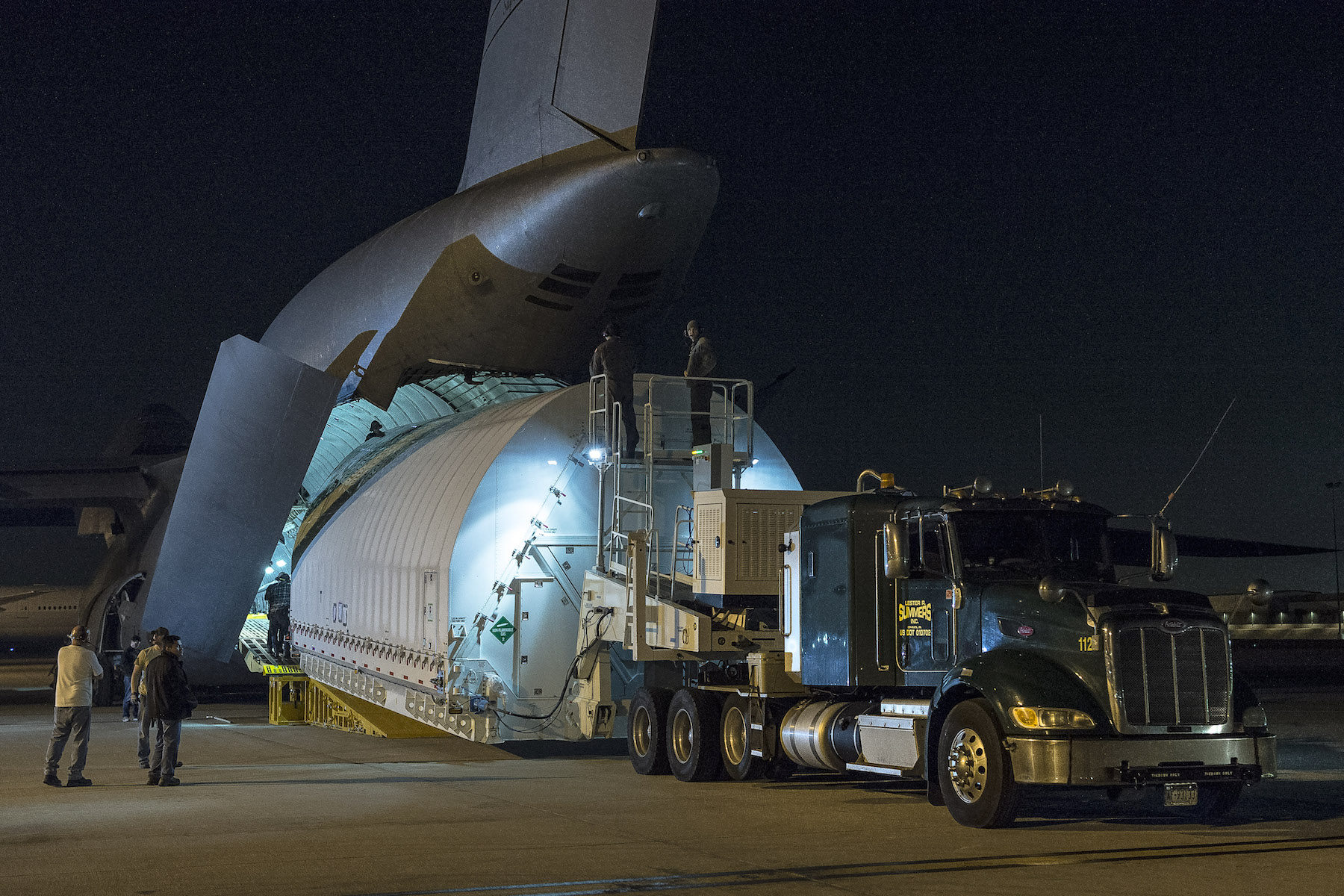 The optics and scientific instrumentation (OTIS) of JWST arrived yesterday in the facilities
of Northrop Grumman in California, where the rest of the spacecraft (solar shields, communication elements, etc) is already. The OTIS passed the final performance tests
last year at NASAS’s Johnson Space Center in Houston, Texas. The spacecraft bus
and solar shields still need to perform a series of tests before the integration, however.

Over the Summer, the OTIS will be integrated with the spacecraft bus and shields to form
the complete observatory. Once in its final form, JWST will undergo several environmental
and deployment tests, and will be shipped to French Guiana in early 2019 for launch preparations. JWST is scheduled to launch on Spring 2019 onboard an ESA/Arianespace Ariane 5.