Paco Najarro pioneered the infrared studies of the massive stars at the Galactic Center, and the use of massive stars across the Galaxy as metallicity probes. He is an expert on the CMFGEN code, and contributes to its development since 1990. His expertise encompasses UV to radio multiwavelength quantitative spectroscopic studies of massive stars from the Milky way till galaxies beyond the Local Group. From 2005 on he was the Spanish Head of Nation within the SAFARI/SPICA consortium and one of the two Co-PIs since 2009, coordinating the Spanish participation in the mission. 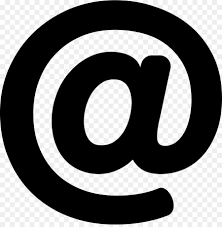 Marta Lorenzo carried out her Master thesis on the interaction between metal-poor massive stars and their host galaxy. She developed an optimal reduction protocol for GTC-OSIRIS-MOS observations that will be applied to all our observations of OB stars in dIrr galaxies. At the moment, she is enjoying an FPI-María de Maeztu fellowship and carrying out her PhD thesis on the massive stellar content of Sextans-A.

Iris Bermejo is a Master’s student at the Universidad Complutense de Madrid. She joined our team in 2020 to work on the line of research of massive stars in metal-poor galaxies of the Local Group. She is carrying out her Master thesis on the first stellar census of massive stars in the dwarf irregular galaxy Leo A. In parallel she is working on GTC-OSIRIS observations of SagDIG as part of her internship.

Miguel Cerviño’s main research is related with stellar population synthesis studies, with special emphasis in massive star-forming regions and star-forming galaxies, and low number statistics effects in the resulting integrated observables. Massive stars meet both situations: a low number of massive stars usually dominates the  integrated light of star-forming regions. He is also interested in interpolations techniques that would be more robust to analyse the parameter space which defines the large variety of  massive stars spectra. He complement’s our group activities by providing a top to bottom approach, i.e. from integrated properties of the population to individual stars.

María del Mar Rubio carried out her PhD thesis in our team, and tackled two fundamental issues in massive stars evolution theories: the initial mass and mass loss of massive stars. Using multi-wavelength observations she reviewed the initial mass of the most massive stars known in the Local Group, as well as, the stratification of clumping in radiation-driven winds, a critical parameter to estimate the true mass loss rates of massive stars. She is an expert on near- and far- (Herschel) infrared observations, but her studies also include photometry and spectroscopy from the ultraviolet to radio wavelengths. Currently, she is working as a postdoctoral fellow in the Departamento de Física in the Universidad de Alcalá, carrying on multi-wavelength studies on stellar winds structure and very massive stars in the Local Group. 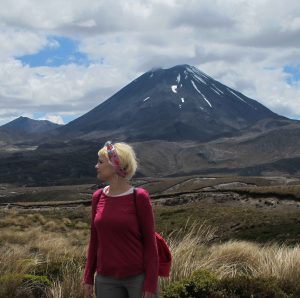 Gonzalo Muñoz  joined our team in 2021, after being awarded a JAE-INTRO-ICU internship from CSIC. Paco Najarro, Miriam García and Maria del Mar Rubio Díez acted as supervisors. He worked on near-infrared observations of massive stars in the Milky Way, reducing and modeling spectra from stars in the Mercer 23 cluster. He contributed to improve the team’s pipeline to reduce GTC-EMIR data.

In November 2021 he moved to the IAASARS (National Observatory of Athens, Greece), where he began his PhD thesis on “Episodic Mass Loss in Massive Stars: Key to Understanding the Explosive Early Universe” (project ASSESS).

Marco Flores carried out his Master thesis on near-infrared spectroscopy of the Luminous Blue Variable star [MDF2011]15, during the 2020-2021 academic year. Simultaneously, he assessed the performance of MOLECFIT for the telluric correction of TNG-GIANO and VLT-XSHOOTER spectra as part of an intership. Universidad Complutense de Madrid, 2021.

Diego de la Fuente carried out his PhD thesis in our team. After his first postdoctoral contract in Mexico, he joined us again as a postdoc during 2019-2020. His work focused on characterizing the massive stellar content of young massive clusters in the Galactic disk with IR spectroscopy. At the moment he is an APOSTD postdoctoral fellow at the Departamento de Física, Ingeniería de Sistemas y Teoría de la Señal of the University of Alicante.

Vicente García enjoyed a pre-doctoral contract funded by the Youth Employment Initiative during 2019-2020. Starting from observed spectra and a grid of model atmospheres, he assessed different methods for unsupervised spectral fitting. He implemented an artificial neural network in our computers and tested its performance to derive the physical properties of O-type stars.

Rosa Arenales carried out an internship in our team in 2019, as part of her Bachelor’s degree in Physics at the Universidad Complutense de Madrid. Her work consisted on using Python software to reduce multi-object IR spectroscopic observations taken wih EMIR.