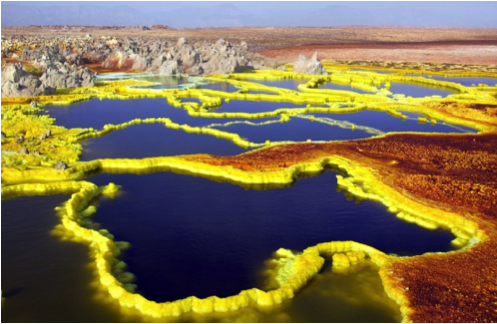 The Dallol is a volcanic edifice with an adjacent plain that stretches from the volcano itself to the Lake Assal. The plain is one of the most impressive depressions in the entire Afar area and it is one of the most inhospitable areas on Earth. A large number of extreme environments form an intricate complex geological and biological setting constructed by volcanoes, hydrothermalism, slat flat and salt deposition, mineralisation, evaporation, and extreme microbial communities. The Volcanic activity started during the Miocene (more than 5 million years ago) and it is still present as volcanoes (for example the Erta Ale nearby) and hydrothermal vents.

New studies on Dallol area as JRA1 activity are being run during the January 2017 visit. Europlanet scientist have been acompanied by a Nutopia group for a document recdording for National Geographic.

Studies carried out recently have reported new data in the Dallol system. Danakil depression (146 m below sea level) is located at the Afar triple junction among the Nubian, Arabian and Somalia plates. The attenuated crust promoted volcanic activity. 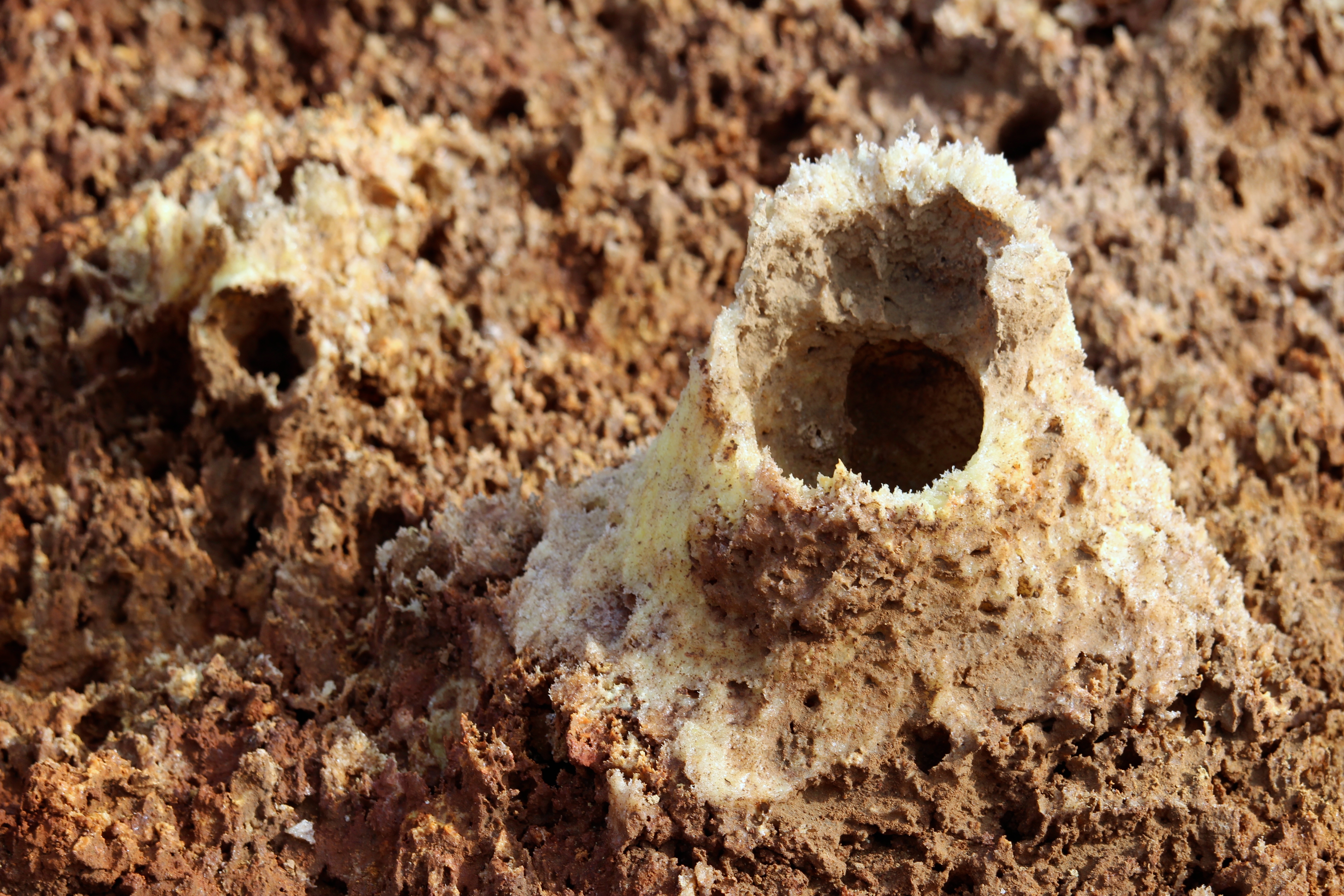